How Do Fire Alarms Work?

Although most people are familiar with the sight and sound of fire alarms, few people know how fire alarm systems work. 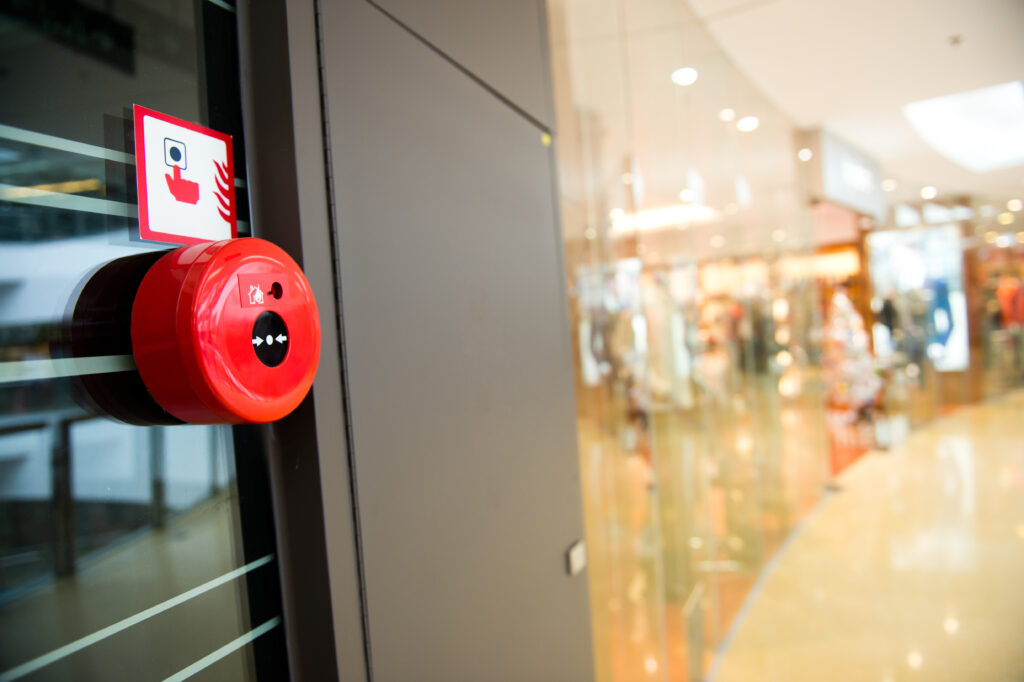 Is your fire alarm system up to standards?

It’s a pertinent query too, as fire alarms are one of the most important devices in helping you cope with a blaze. In this article, we will look at the different types of fire detection systems for domestic and corporate use.

The first thing we must look at is the difference between fire alarms and smoke detectors because many conflate the two terms. The smoke detector is just a small part of the overall alarm system and is known in the business as an initiating device.

Fire alarms are devices that are made to sense when the ignition has taken place. Another example of an initiating device would be a heat detector, which can be more accurate as monitors temperature rather than smoke coming from cooking sources.

Once a fire has been identified, this will trigger a notification device to alert individuals on the premises.

This generally involves a loud audio cue (such as sirens) and can also feature visual aids like bright, flashing lights fixed to the alarm.

The final part of the fire system will activate what is known as a control unit. These appliances will take the form of a fire extinguisher, fire sprinkler system, or something similar.

Often wet agents or dry chemical solutions will be deployed, and their job is to suppress the blaze before it gets out of control.

It is a complicated process and relies on each component working perfectly to be effective.

Ensuring they are well maintained is crucial, as these devices are an integral defence for both businesses and domestic residences.

In fact, 99% of incidents are extinguished by a sprinkler system.

Of course, some situations may require specialist tools, as general sprinklers or extinguishing agents may exacerbate certain fires depending on the context.

An example is a server room that stores tech equipment. In this case, a wet chemical would only make the ignition worse.

In cases like these, alternatives such as gaseous solutions may be used. As you can see, careful planning must go into any fire alarm and suppression system for it to work.

The first thing to note is that there are two different kinds: ionisation and optical.

Ionisation chambers detect when the ignition has taken place. Ions and electrons travel across the chamber, generating an electrical current between the circuit and electrode.

During a fire, smoke particles will enter the chamber and attach themselves to the ions, thus blocking it.

As the ions will not be able to travel through the electrodes and the electrical current will stop. The circuit will then detect this and trigger the alarm.

This is an instantaneous process, and the ions will start flowing again, thereby stopping the alarm once the smoke has cleared.

Optical smoke detectors use a chamber too, but an LED light tracks when the smoke enters instead of ions.

If it does, the light will split and flow to the photocells within the device to alert the system of the fire.

Hopefully, this has helped you understand the complexities of a fire alarm system a little better. Of course, knowing is one thing, but implementing it is another thing altogether.

For over two decades now, EA-RS Fire Engineering has worked to ensure the safety of organisations across the country.

EA-RS are one of only five UK companies to offer mechanical and electrical packages in one single client order.

We will handle the installation, commissioning, servicing, and maintenance, so you will not have to worry.

There are four parts of our services; including Detection and Alarms, Suppression and Water-Mist, Systems and Maintenance, and Sprinklers.